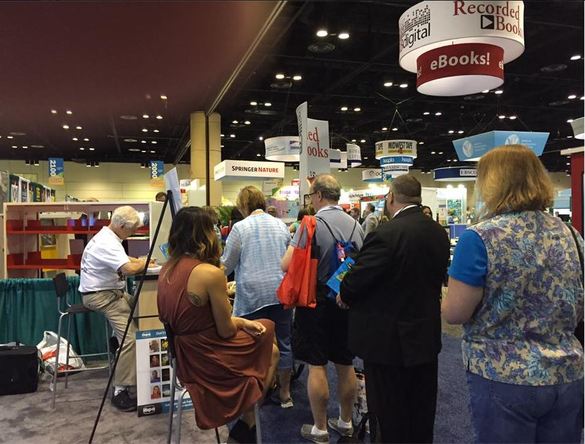 These are the items Solstice Publishing checks in editing my Ectos paranormal books.

TERMS – there’s an American spelling slant, obviously, but only in some instances:

all right - NOT alright

Half-brother - NOT half brother

Makeup (as in cosmetics) - NOT make up

T-shirt - NOT tshirt or t-shirt

U.S. or United States - NOT US

. Use ellipses to indicate broken speech: "But…but…why would you say that?.

. Use ellipses to express speech in a halting fashion: "Put…me…down!"

. Always capitalize references to God: Oh my God! Good Lord, are you serious? Want to meet your Maker? But don‘t capitalize generic areas like: .She’s considered a

goddess amongst the earth people.

. Solstice Publishing will use chapters that are spelled out: Chapter One, Chapter Two,

. When going over the ms make sure the chapters are consistent and nothing is missed

or jumped over, or a chapter repeated.

Use the serial/Oxford comma always, even in short/simple series. As per CMOS 6.21, when elements in a series involve internal punctuation, or when they are very long and complex, they should be separated by semicolons. Example: The membership of the international commission was as follows: France, 4; Germany, 5; Great Britain, 1; and the United States, 7.

Try to avoid as many dialogue tags as possible if there are two people in a scene, and if it’s clear who is speaking. If the dialogue shows ‘screaming’ then it’s not necessary to write, ‘he screamed.’ Unless it’s used like this: ‘You idiot!’ She screamed the words, realizing too late she stood in the middle of the hallway with several patrons staring at her.

Remember that certain terms can be used for tags, such as: scream, shout, whisper, cry, growl, mumble, gurgle, and of course ‘said’. However, laughed, chuckled, sighed are not to be used as tag lines.

If you have to use ‘hissed’ make sure the dialogue supports it, so the reader can ‘hear’ the hissing – that is, a sibilant sound with esses in the speech.

Special areas where to exert care:

CORRECT: What did he just do? she thought to herself. I’m going to kill him.

INCORRECT: What did he just do? She thought to herself. I’m going to kill him.

There is no space on either side of ellipses: I told him so…but he never listens to me.

There are no commas prior to a dialogue tag: But…. she said. NOT But…, she said.

However, in an incomplete sentence you can use punctuation: Hold on, weren‘t you on your way to…?

Use two hyphens for an em dash like this with a space on either side: like -- this. Or, use your INSERT on your doc and click on SYMBOLS and insert the EM dash: —

The only time to use an en (-) dash is to use for hyphenated words like: brother-in-law or between number ranges. Otherwise, they are not to be used whatsoever

All foreign words should be italicized: She called him a malaka.

However, if a foreign word is common enough to appear in the dictionary, it does not need to be italicized. Examples include déjà vu, tortilla, denouement, cappuccino, and so on.

Telepathic communication should be in italics along with their quotation marks.

Inner thoughts should be italicized but with no quotation marks. If, however, the story is in first person POV, unless it’s a ‘true’ inner thought and not part of the character‘s

storytelling, it does NOT go in italics.

While self-editing make sure to watch for name discrepancies and inconsistencies. We don‘t want Mary to suddenly become Jane at some point in the story.

Also, if Mary has blond hair throughout make sure she doesn‘t suddenly have black hair for no reason.

If in a scene Mary tosses her hat to the ground and a paragraph down she fixes her hat on her head without showing she picked up the hat from the ground, this needs to be altered.

Spell out whole numbers one through one hundred, round numbers, and any number that begins a sentence.

Years are in digits (2010) unless they begin a sentence (“Two thousand ten was amazing for me.”)

Acts, scenes, bills (as in plays and politics) are digits.

Spell out numbers in dialogue. For example, "The score was ten to one." Similarly, time of day is spelled out if it's spoken ("I saw him at two-fifteen."), but if the narrative tells us the character is looking at a clock, and the phrasing is something like: She glanced at the clock. The red digits read…, it's more standard to literally show what a clock would show -- 3:15. Make sure to use a.m. and p.m. NOT am/pm

For indicating possession with singular names, use ‘s: that is, Tim’s, Jane’s

For family names only use an apostrophe: the Smiths’ farm

There is one space between sentences, not two.

Titles are capitalized only when preceding a name (President Andrew, Captain Smith) or when used in direct address ("Hello, Captain Smith." and "Yes, Captain."). In all other uses, they're lowercase: (She smiled at the detective, or "I told the president said yes," she said.). The no-caps rule also applies to endearments: it's "darling," not "Darling"; baby, not Baby.

Also important are nobility titles. Either way is correct as long as it is consistent throughout in dialogue: Yes, my lady. Yes, My Lady.

THINGS TO WATCH OUT FOR:

Watch for constant repetition of characters' names, particularly during dialogue. When speaking to each other, we rarely call each other by name, especially more than once or twice. And if there are only two people -- one male and one female -- involved in a scene or passage, "he/him" and "she/her" are usually sufficient for most purposes. Using the two characters' names in every other sentence gets distracting and slows the read down; and it’s not realistic.

Watch for POV inconsistencies and switches. Usually, everything in a particular scene is observed through the eyes of only one character. Absolutely no head hopping from one character’s head to another in any given scene. One character to one scene and use scene break asterisks - * * * *. However, make sure the scene is not only a few sentences long and then back and forth from one character‘s POV to the other, using several asterisks.

If you use a word repeatedly, or too close to one another in any paragraph, reword. For example:

She smiled while he held her hand. She couldn‘t help looking and smiling at him. His hand warmed hers as he held on to it.

Make sure not to have an excessive amount of italics, exclamation points, em dashes, or ellipsis.

No underlines for italics

Scene breaks are four asterisks * * * * with a space in-between each

Check for repeated phrases throughout the entire manuscript

Eliminate as many frequently used names in dialogue. We don’t always say the name of the person we speak to

Passive words - try to eliminate: was, has been, had been, will be, being, began to, felt as if, felt as though,

Fully fleshed out character . Characters should have a clearly defined role, with a motivation and purpose to

. Ascertain that each character’s name is spelled and maintained consistently

. Character names are suitable for their roles and personalities

. Characters hair/eye/skin color is consistent throughout

. Characterization is consistent and authentic to the character throughout the story

. Each character is in some way resolved by THE END

. Antagonist (if any) must have a solid purpose and presence just like the

The Story . The main story’s conflict must be resolved by the time a reader reaches the ending

. Sub-plots should connect in some way to the main plot

. Every scene and dialogue moves the story forward; no idle chit chat that doesn‘t

hold any bearing on the story

. The opening hook must be thoroughly fleshed in order to entice a reader to

. The conflict has a steady escalation

. Check for facts and spellings

. Check for inconsistencies from one paragraph/scene to the next, such as having a

bald character suddenly scratch his full set of hair; it’s winter and then for no

apparent reason it’s summer; a girl hugs her boyfriend by the back and he turns

his head and kisses her nape – unless he’s the Exorcist, how is this possible?

. The character‘s name, setting name are consistent throughout and spelled the

Choice of Words . Please make sure if there are two people talking there is no need to have ‘he said’

‘she said’ on every single dialogue. Eliminate as many taglines as possible that

. Use body language/attribute tags in place of some of the dialogue taglines

. Make sure sentences are clear: His eyes roamed the street – eyes don’t roam. A

gaze may roam, but not eyes

. POV is kept to one character in any given scene

. Punctuation is consistent throughout

. Do not capitalize a word in any dialogue, like: NO! I absolutely refuse. NO!

that should be: No! I absolutely refuse. No! The italics are for emphasis

. If unsure of a word, don‘t rely only on your spell check, check your dictionary

. Remove or highlight as many passive words as possible